Coming out in inverted commas because I'm unsure as to how I feel about the term. No one should feel obligated to declare their sexuality - it is a very personal thing. However, we live in a world where people are assumed heterosexual until they assert otherwise, and as such coming out is often a practical thing you have to do. How can we expect to obtain our rights, without first asserting that we exist?

I promised a follow up post to the short talk I gave at the Southbank Centre a few weeks ago, so here it is. With anything we write or say beyond cathartic self-expression, I believe the reactions people have to our work are very important to note. Given the short amount of time we had for discussion, I wouldn't say any of us had the chance to fully articulate our positions. As such, I don't want to single anyone out or criticise anyone, and will rather be speaking generally. The below is an amalgamation of themes that arose from discussions after the event had come to a close, and I wanted to expand on certain impressions people seem to have of bisexuality that keep cropping up in my life.

One of the most honest things I've heard in a while was around jealousy, and how gay men and lesbians may be jealous of bisexuals given we are capable of having heterosexual relationships. As perceived by them, this allows us to gain access to heterosexual privileges and shields us from homophobic discrimination. And yet, our realities are often a little more complicated. It's true that heterosexual relationships are still more socially accepted - whether in Bangladesh or the UK. And in Bangladesh, some very significant legal barriers fall away as soon as you are involved with the opposite sex. And so to a certain extent, I can understand the jealousy. It's rooted in how our world is currently structured and not something to be dismissed - although it's important to note it's not this way because of something bisexuals have done. But there is more to it than that. If you're openly bisexual, the homophobia, and indeed the biphobia, don't suddenly go away. We merely face a different set of prejudices and stereotypes when we enter an opposite-sex relationship - the questions about when we're going to cheat, when we're going to “switch” sexualities again, and of course the "everlasting taint" of any same-sex partners from our past. So yes, while we may be able to get married, and get that couple's honeymoon deal no-awkward-questions-asked, acceptance itself can remain an elusive goal.

Last weekend I spoke at this Alchemy Festival event in the Southbank Centre. Organised by Bobby Tiwana, it was a brief look at South Asian LGBT communities in the home countries and the diaspora through the perspectives of various speakers. It was an intimate affair attended by around 40 to 50 people, with short talks followed up with café-style discussions among the audience and facilitators. I am posting the text of my speech below, which touched upon both bisexuality and the wider environment faced by LGBTQ people in Bangladesh.


"I didn’t know the Bengali word for bisexual until I Googled it while I was at university. I didn’t actually even know the English word 'bisexual' until I was thirteen or so. Before then, I’d thought I was the weird gay kid who liked girls on the side.

I thought it would be good to start with some humour, but honestly I’m telling you this because it sets the tone for the rest of what I’m going to say, about how bisexuality is often not discussed or mentioned, or misunderstood.

I think bisexuals make many heterosexual and homosexual people uncomfortable - often because they’re confused by us. Maybe to an external monosexual observer, it can look like I’m pursuing men one day, and then the next day I flick a switch, become straight, and am pursuing women. And I guess this can be quite disconcerting, especially for a group of people who’ve built their activism around the slogan that sexual minorities do not choose to be attracted to who they’re attracted to.

I haven't written for the blog in quite some time, and so first and foremost my apologies to anyone who's been waiting for an update. In truth, I haven't been writing because I haven't had much to report. As you may know, I write thematically - and my current series of posts focus on coming out to different people in different situations. And I feel I've now reached a point where I've written almost as much as I can on this topic.

I spent a sizeable part of my winter break in Bangladesh, and I had originally intended to speak to various members of my extended family about my bisexuality during this time. However, in the midst of all the reunions and family photos sessions, I realised how unimportant the issue had become to me. I don't mean to say I no longer identify with the principle of being open and comfortable with one's sexuality. Rather, as a result of this principle I lead a fairly transparent life now. Those who want to know about me can easily find out through social media or mutual connections. This means telling people, especially people who I am not particularly close to, is a low priority in my life. Any conversations I would have had with certain relatives would have felt forced. I would never discuss my intimate personal or romantic life with some of them, no matter what the gender of my partner - we just aren't that close. Once upon a time I may have contemplated braving through a few awkward conversations to create awareness, but there needs to be a balance between that and what is one's personal space. My extended family will find out in time anyway, as I tell the remaining important people in my life about my bisexuality.

On that note, I have the odd story I may still want to tell, but I feel the next (and possibly only) important milestone left to me on this theme are my parents. I don't know when this milestone will pass, and so I will give no indication of dates. In the meantime, I want to focus on other things. I have my career to work on, a subject I do not discuss on this blog except where it becomes relevant in terms of my sexuality. I am at peace with my personal beliefs, which comes easily when one realises religion is always down to interpretation. This holds true no matter what the status quo insists, and however much judgement they pass without genuine awareness of LGBTQ realities. There are many scholars, past and present, who's works people have recommended - perhaps it is time I get around to looking into them. And just because I have fewer personal stories to publish doesn't mean I can't continue to write about issues that are important to me, which will usually converge around LGBTQ equality, Bangladesh and Islam. I have a collection of thoughts, notes and mutilated essays on these very topics sitting on my dashboard. Over the coming months, I will be concentrating on publishing these, once I've managed to organise them in a way that makes sense. Until then, I will be on Twitter as usual. 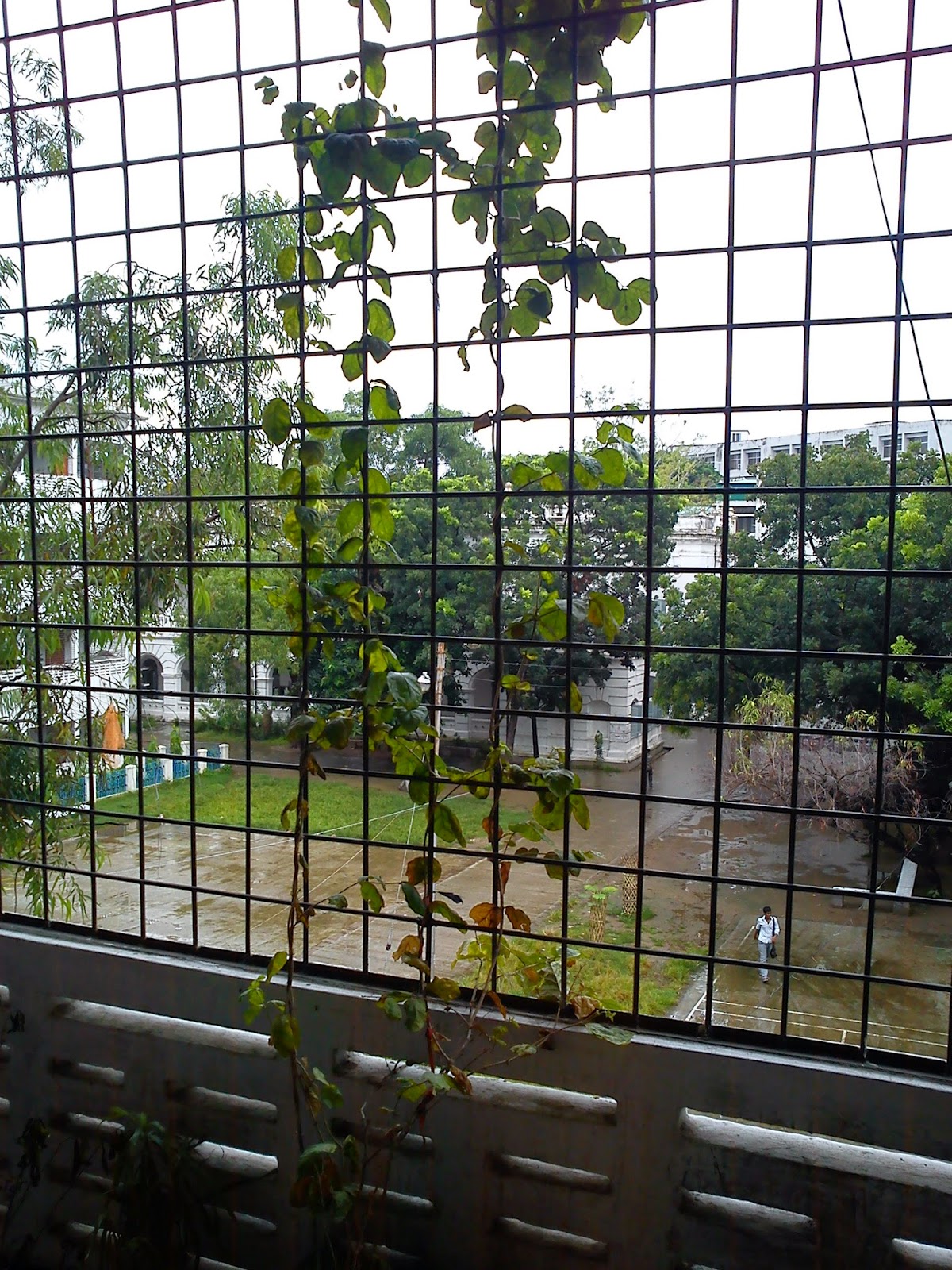 If I can claim I ever grew up with someone, it would be her. Just two years apart in age (she's older), we spent our very early childhood together. My relationship with her is one that colours my impressions of Bangladesh quite strongly. We are, in my mind, part of the original set: the firstborns and the trailblazers. As such, I've always felt solidarity with her, and we've been each other's intermittent confidantes whenever our lives have intersected. She's taught me a lot about our religion, starting with the rules of prayer to various other aspects overlooked by mechanised religious education. She always was and continues to be my gateway to contemporary Bangladesh - a world which my parents, my father especially, have never been able to connect me to. She was one of those people I took so long to tell because it had to be done face to face. I finally did it the summer after I finished university, during those last few months of freedom at home before I left to start my job in the UK.

I knew she had no qualms about LGBT people - in fact my first stories about LGBTQ Bangladesh came from her. There was the story of the butch lesbian at her school, for example, who's sexuality was apparently an open and unremarkable secret. All she ever told me were snippets rather than complete narratives, but they were all woven into our daily conversations without malice or condemnation. I would lap it all up, the stories of a world that back then was closed to me. Fast forward a few years though, and those few non-judgemental snippets seemed like shaky ground to stand on as I told her. I feared her rejection - not an outright rejection but the not-in-my-own-backyard kind of rejection. Just because she's cool with a classmate's sexuality doesn't mean she'll be cool with mine. It hits harder when it's someone close.